Rodeo like other sports has levels of competitions. Most of the contestants at this year’s Wrangler National Finals Rodeo (NFR) have worked their way through those ranks to get to Las Vegas.

They start with youth rodeos in local communities, join groups like the National Little Britches Rodeo or American Junior Rodeo Association. As they grow up, they compete in junior high, high school and perhaps college.

Advancing through those ranks successfully requires hard work, dedication and as the competition gets tougher, the field is narrowed. At the National High School Finals Rodeo, there are over 1,600 contestants. Approximately one-fourth go on and qualify for the College National Finals Rodeo, and eventually if they accomplish their goals 120 of them compete at the NFR.

College rodeo is unique to other sports. It is not governed by the NCAA so contestants can compete in the National Intercollegiate Rodeo Association (NIRA) and professionally at the same time. Many contestants do that and occasionally there will be a champion at the college level that makes their way to Vegas the same year.

There have been three men in the history of the NIRA and PRCA who have won world titles the same year that they won collegiate championships, Ty Murray, Matt Austin and Taos Muncy. Ty won the all-around titles in 1989. Matt earned bull riding titles in 2005 and Taos won the buckles in saddle bronc riding in 2007. 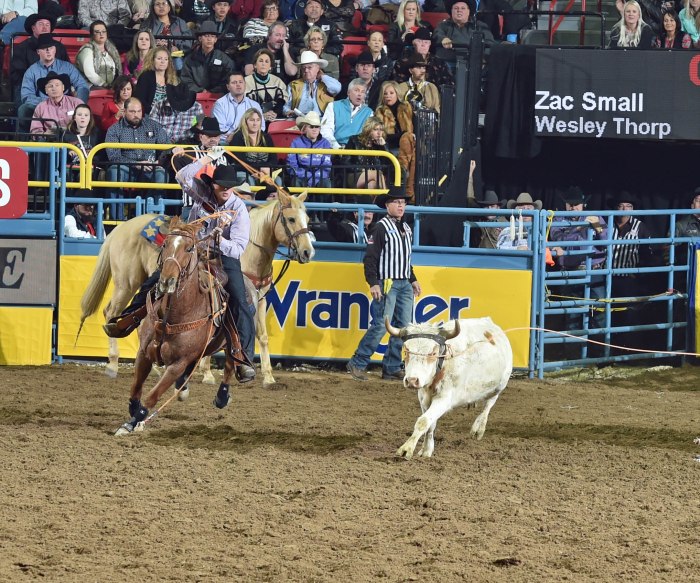 More than midway through this year’s NFR, it’s not out of the realm of possibilities that we could add another name to that list. But a lot would have to happen to the other contestants for it to become a reality.

While the NFR hasn’t gone exactly like any of our collegiate champions would have liked, collectively they have won over $150,000. J.D. Struxness is at the top of that list with $91,442. Two no-times really hurt him in the overall standings but he’s made the trip to the South Point to collect go-round buckles three times.

Wyatt has placed in three rounds and added $40,603 to his season earnings. Wesley has won $18,885. No matter what they have done in any rodeo arena, these three men have used rodeo to help them get an education and prepare for a future. 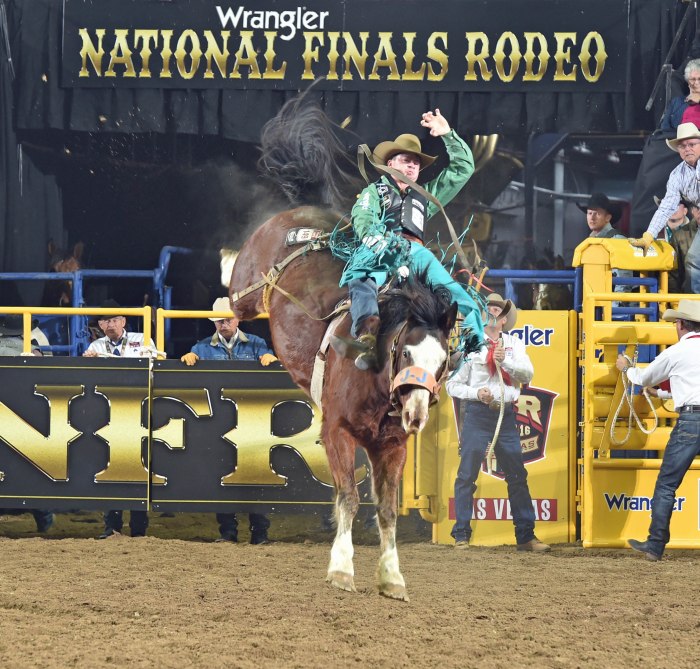 Wyatt has his associate degree in ag business. Wesley has transferred to Texas Tech University in Lubbock where he is working towards a business degree. He has been competing at college rodeos this fall and leads the Southwest Region in the heeling. Wesley is roping here with Zac Small who is in vet school at Lincoln Memorial University in Harrogate, Tennessee.

J.D. is still in school at Alva pursuing a bachelor’s degree in Agriculture with a minor in business. He also is still competing in college rodeos and is ranked eighth in the Central Plains Region. 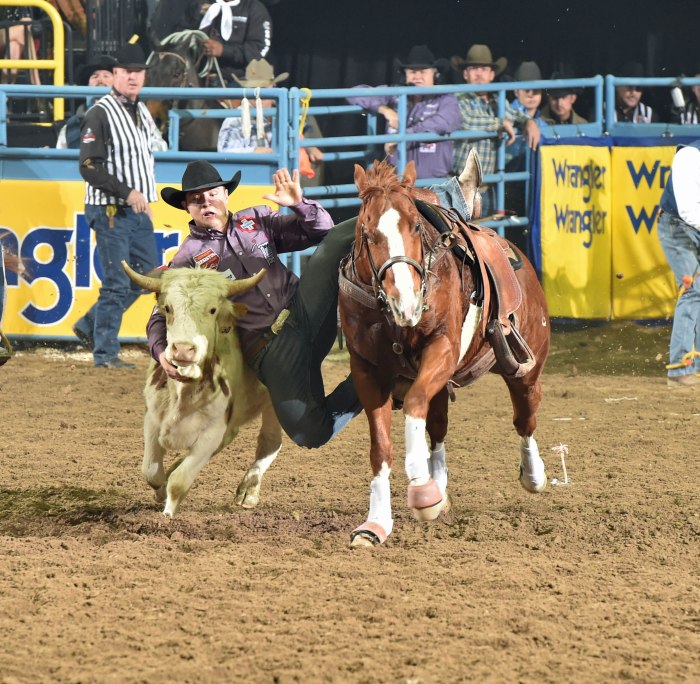 College rodeo has allowed all of them to prepare for their futures in and out of the arena. For the rest of the NFR, that focus will be in the Thomas and Mack Arena where Wesley and J.D. will be looking for more money to help them finish their schooling.

“My education is real important to me,” J.D. said. “I know as athletes, our bodies won’t last forever and I want to be prepared for that.”

At, 22 years old, that is probably quite a way down the road for the native of Minnesota. But it’s nice to see him planning for his future that will definitely involve agriculture. His family farms and ranches and J.D. will eventually carry on that family tradition.

If he adds a couple more go round wins from the NFR, he may have some extra money to invest in that family operation.

2 thoughts on “Not too cool for school”